shi reports on 2014-06-11 17:56:27
Moonlighting the Greenlight and Open Data
We've placed a couple of our most beloved projects on Greenlight recently. Thanks to the proceeds from Bundle Bandits, we managed just about enough to cover the costs of participating in Steam's indieventure so we will definitely put in as much as we can give.

I'm going to place the links here if you're feeling generous to vote our way. Many thanks in advance :}

In keeping with timing of releases and all that, we also made public Swanky Art, our new pixel art community based on restrictive daily challenges where you can play with the online version of Swanky Paint. We've got fun plans for this project as it is dear to our hearts and hopefully other people feel the same way about it. 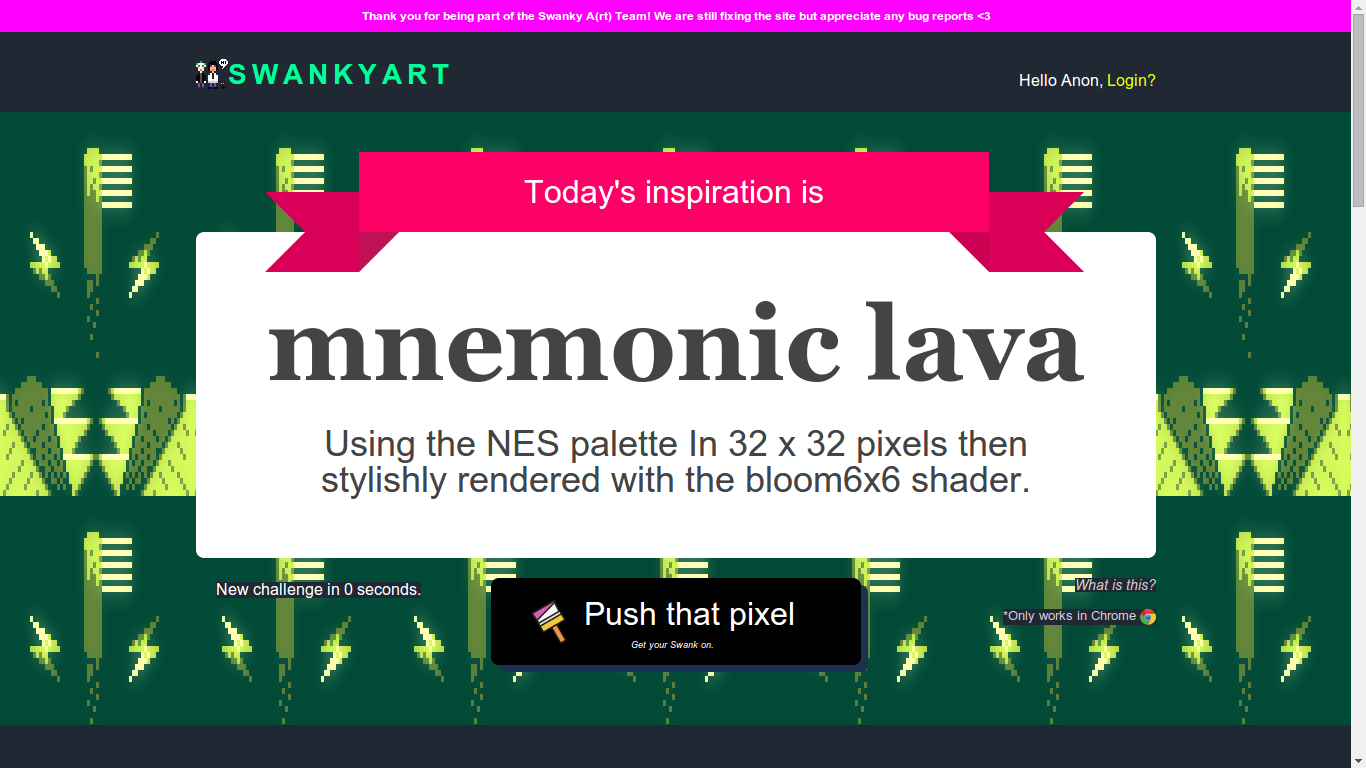 You can start pushing pixels, view your galleries and comment on other peoples', along with various other things on the official site - http://paint.lo4d.net.

Another "art game" we've made, quite literally, involves an experiment with Open Data, crowdsourcing and public art where our main objective is to create a comprehensive data set about the public art offering across the city. At the same time, we're hoping to craft stories of the public's interaction with the art whilst also mapping routes around them and find out how subjective the subject in question is. 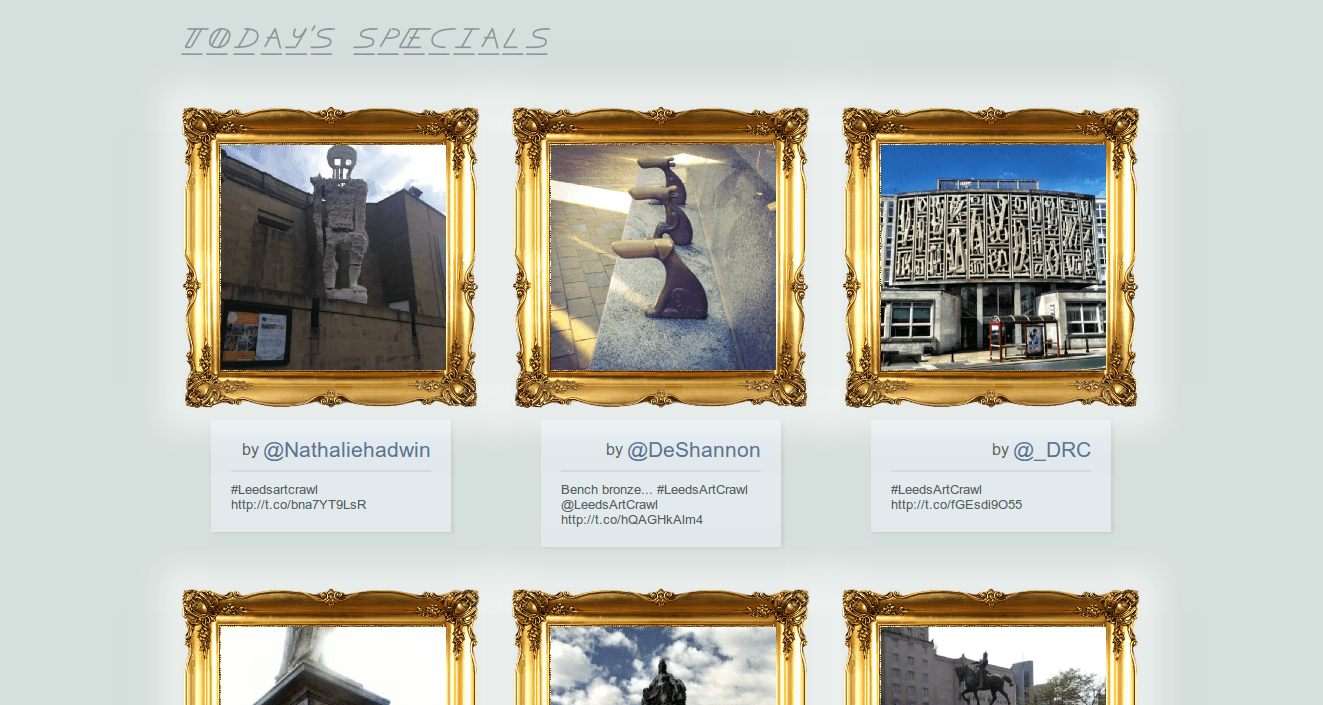 There's a blog post on the site if you're inclined to read more about the game at its current iteration but as with all things game, this will very quickly become obsolete as the game evolves into something else entirely when people start playing them. At least that's what we're hoping when we get more data to play with. And speaking of more data, it would be nice if you joined in.

It's quite easy to "play" - just tweet a photo of a piece of art you find in the city with #leedsartcrawl and make sure location is turned on.

Doing this will post your photo to a public gallery with credits to your twitter account and the location of said photo when it was taken. If you tweet more than one in a day, you'll create a route of all the photos you took which will be displayed on a map. It's currently filtered to Leeds, UK but with such a generic method of data collection, it can be applied to almost anything under the same rules.

Presently, we have plans for a scoring system, leaderboard and achievements, the whole nine yards but we're hoping to streamline it even more so it doesn't feel tacked on. The final project will be open source and hopefully, useful for anyone wanting to test the limits of the "game".

The site is very new so there's plenty to do but you can take a peek - http://artcrawl.leedsdatamill.org/
PREVNEXT
Click here to login if you wish to comment.
View all posts.
View all posts.
9 years ago shi commented on Dr. Bulbaceous: Puzzle Solver...