shi reports on 2013-08-16 03:34:04
Dr. Bulbaceous: Puzzle Solver Trailer of the Dead
I spent the day making the trailer for Dr. Bulbaceous. You should be able to smell the DIY-ness of the effort.

By the way, I've only included about 30 of the levels in the video and not the full 100 as that would probably make the trailer twice as long.

I have not used Kdenlive before so this was as much a learning experience of both the user interface of the program and making a game trailer as I had not done that before either. The only other piece of software I used apart from Kdenlive was Audacity which took care of all the audible bits. 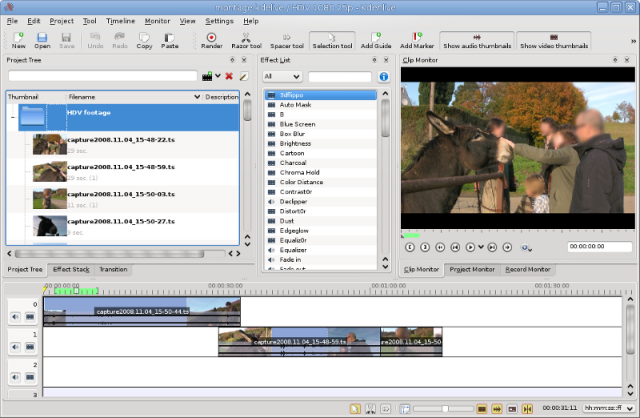 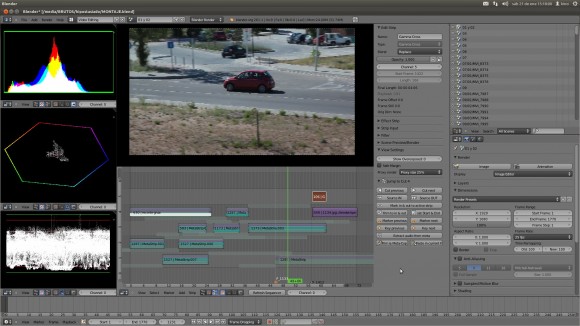 
Still, I am impressed with Kdenlive mostly because it was far easier than Blender and the interface was rather intuitive and not as daunting (messy). If you are familiar with any sort of media creation software (graphics/music etc), the icons used here will not deter you from clicking them and doing what they set out to do. I also appreciate the rather generous limitations of their "Undo" button. I will stress on this as most software will only allow a certain number of undos and this certainly wasn't the case. There was one time I went overboard with the button, fearful of the consequences of my actions, until I went to a point in the past where all my work has yet to exist. I panicked. I clicked "Redo", all the time thinking, "it's too late, I'll just have to revert now!" but everything came back. All in one piece, even me.

Probably my main gripe - having to manually delete an empty space between chunks of media instead of it being done automagically. Would be nice but I get why it has been designed this way. At this point, I wonder if there was a way to snap the media when shifting from one timeline to another; I tried all combinations of "shift, control and function" keys but to no avail. Oh and the thumbnails do not sync but this happens only some of the time.

There was also literally just the one time that I was honestly, lost. I could not, for the life of me, figure out how to add a video/audio track timeline to the current ones I had - you had to declare these values at startup for each new project. Because of this, I exported projects that maximised the timelines as movies and then imported them back into new projects so now they only took up one timeline instead of five. After a while, this got a little messy so I did what most people would do much earlier and a quick look at the manual fixed the issue immediately. Turns out, I was right-clicking on the wrong part of the section.

There was also the other issue of needing the video to be in a certain format but a quick search fixed this. All I needed to do was install the appropriate codes and run the wizard for the program to pick it up.

Overall, the experience was fun and easier than I thought it would be; so much so, making trailers might be something I look forward to.

So I've been spending a large part of just now (an hour plus) trying to decode the documentation of Mencoder to encode the H.264 MPEG4 output into the preferred AVI container. Not my choice; the distributor and boy, is it true when they say Linux is dll hell. But you know, there's always a lesson to be learned (or an adventure to be had) somewhere during this process. Basically, all I wanted was to retain the orginal format and just change the container but in doing so, I would be needing the FAAC encoder which is not "free". Endless loops of removing and reinstalling libraries and programs ensued to no avail. So now, I've pretty much given up on the idea of retaining whatever quality I had with the original file and settled on mp3lame as the audio encoder. Meh.

Updated update:
Looks like the distro is rather specific with the encoding so I may have to boot into windows to do the encoding as even when I tell Mencoder to retain the information in an AVI wrapper, the audio still needed encoding to make the file audible. This might explain why there are people out there with AVI movies that are missing audio tracks - it's there, it's just not been detected. And just on the off chance that someone reads this, the audio tag for FAAC is 0x706d. In fact, here's a list - http://www.mplayerhq.hu/DOCS/codecs-status.html
PREVNEXT
Click here to login if you wish to comment.
View all posts.