Tonight's GameCake Jam was decided as an homage to Masuman's http://masuman.main.jp/sekihi.swf which we liked so much for it's really simple mechanics. However, we have made changes to it. There is a venue for exploration here when it comes to game mechanics. I find it a subject that should be explored more than say, narratives or even ambiance which are two factors that seem more popular.

Anyway, the difference being, you are able to teleport to any destination on the platform unless you require the stake; at which point you instead throw the stake at the direction of your mouse location whilst you stay put. This made the difficulty level of the game exponentially higher and reminded me a lot of those impossible to win games of the past. We tend not to put tutorials or instructions in our games, preferring the player to figure it out for themselves but mostly because of the intense dislike of them!

Also, it seems we've extended the jam for another hour. So technically, the gamejams are getting longer and longer which hopefully isn't the case next time! Still, we're pretty pleased with the end results and we hope you will be too. 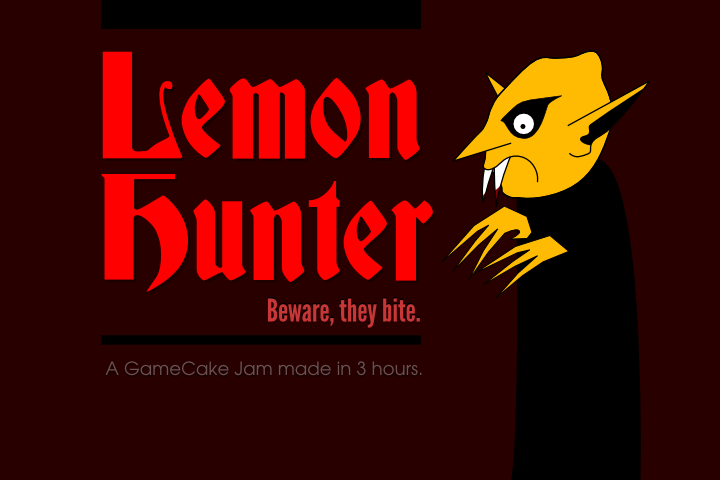 Lemon Hunter is a game where you hunt lemons. Vampire lemons. With stakes. 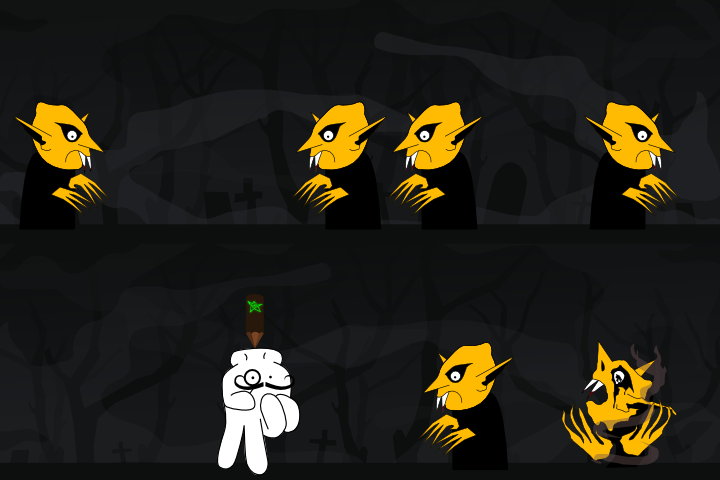 They are coming to get you, gloved hand thing.

Here is the vlog for posterity. If you listen hard enough, you'll see that we've cleverly made the chat speak (in not quite audible, laggy real time) using a custom built Festival Lite (Text-to-Speech library) which was implemented half an hour before the actual gamejam, as you do. This was done to fulfil a request to record the users in chat albeit not the way they had hoped. We figured it was much better than recording the grunts, squeaks and mostly throat clearing amidst complete silence which we naturally supply our users with.

So without further ado, here lies Lemon Hunter - http://play.4lfa.com/gamecake. Do play and watch out for those lemons.
PREVNEXT
Click here to login if you wish to comment.
View all posts.
View all posts.
9 years ago shi commented on Dr. Bulbaceous: Puzzle Solver...