shi reports on 2013-10-10 12:43:02
Drive-In HorrorShow webcomic
Remember that collaborative comic project I was involved with sometime last year? Well, it's turning into a webcomic :}

We've planned to release a single page of the comic each week starting from the 18th of October (8 more days, save the date!) which means the last page will be released sometime in October next year in 2014, hopefully on Hallow's eve. What with it being a horror comic and all, it's only tradition.

Anyway, there will be behind-the-scenes commentary and trivia about the entire process of creating the comic from the perspective of the creators (storytellers, concepts, storyboards, illustration/art decisions & references, pitfalls) and weekly updates of the horror scene in general with a couple of surprises during the whole stint and we'd love for you to join us! 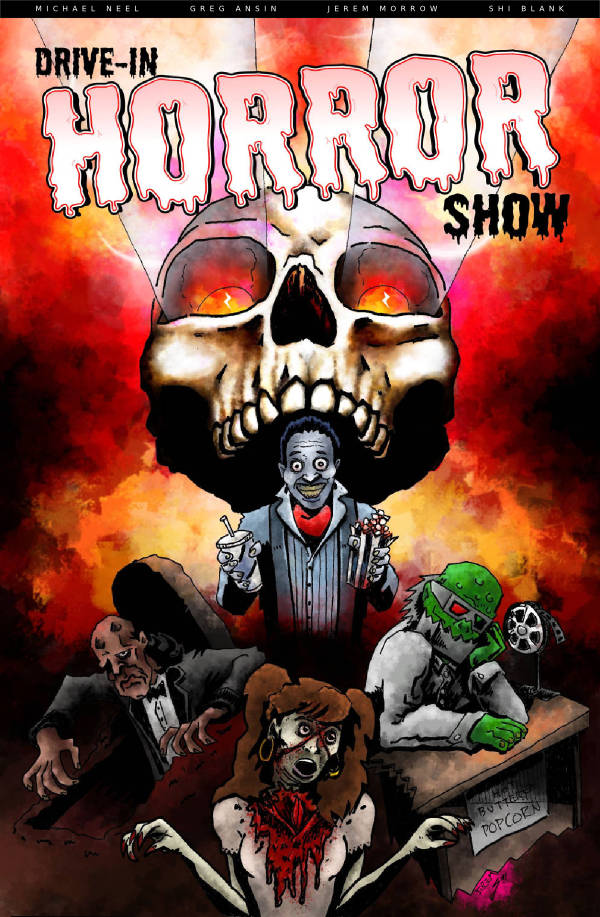